skip to main | skip to sidebar


The 2012 Winter Solstice marks the completion of a 25,626 year precessional cycle of the Galactic Mayan Long Count Calendar. This crucial turning point marks our personal and planetary rebirth into the next cycle, and heralds the start of 5,125 years of creating harmony between the feminine and the masculine aspects of consciousness.


On December 21st 2012, the mid-winter Sun will appear to emerge out from the ‘Dark Rift’ on the mid-line of the Galactic Equator. The Maya perceived this as the Womb of Creation that births the Light of the Creative Source from the centre of our Galaxy, into human consciousness.


At the moment of Solstice, the Sun’s north-south ‘meridian’ will be aligned over the Isle of Møn in Denmark, intersecting with the Great Female Dragon, or Rainbow Serpent planetary energy Line, which flows through the many ancient sacred mounds of Møn. In England this is known as the Michael-Mary line. From the Isle of Møn, the sacred intention of our Galactic Winter Solstice ceremony can be received into our bodies and flow into the planetary meridian line, around the planet and into the collective consciousness of humanity. 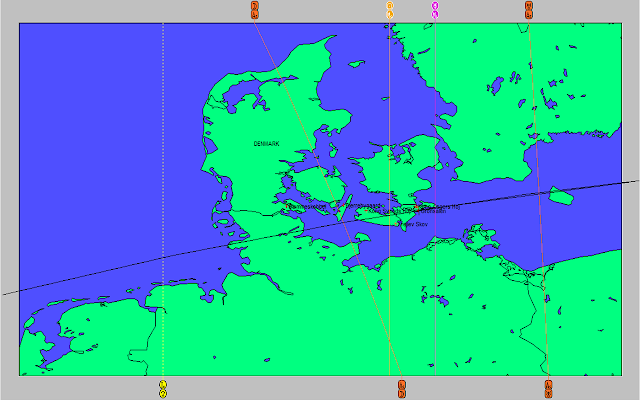 At mid-winter sunrise we will gather inside the ancient mound of Kong Asgershøj to greet the New Sun, welcoming it into the womb and heart of Mother Earth. Later, we will gather for a midday ceremony and celebration at the Medicine Wheel of the North Star, at the exact moment of the Winter Solstice, as the Sun’s meridian passes overhead, welcoming the Galactic energies of Rebirth into our beloved Earth.

If you would like to link with us from wherever you are, below is a list of global times and locations where the planets are aligning overhead. Please email to let us know if you are organising events to link-in wherever you are – info@heavenandearthcommunity.co.uk

Marcus Mason offers Soul-Purpose Astrology and AstroCartography Readings - these can be done in person or on-line, via Skype or GoToMeeting

Or email for details and prices to:
astro@heavenandearthcommunity.co.uk

Marcus Mason
Cornwall, United Kingdom
I have practised and taught Soul~Purpose Astrology for 30 years in England, and also in Ireland, Belgium and USA. I am also an Acupuncturist, and apply my knowledge of these two traditions to work with Sacred Earth Energies. I have facilitated workshops, meditations, ceremonies and Sacred Journeys to ancient sites in the UK, Ireland, Europe, South Africa, Alaska and Hawaii.